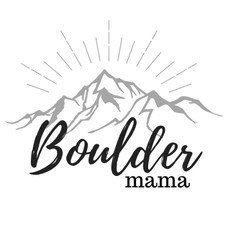 Day 2- we were up and had a nice breakfast at the hotel before heading out for the day. On our list was Navy Pier which also gave us a little more time on the Magnificent Mile. First stop was Tribune Tower to see all the different pieces of buildings from around the world! The kids thought the Neo-Gothic style was pretty cool too. We walked into the lobby just to get a glimpse- you can't go any further without clearance.
[gallery ids="244,243" type="rectangular"]
Right at the bottom is Dylan's Candy Bar, a 2-story candy heaven. We stopped to grab a treat since we had a lot of walking to do. We hadn't gone far when we saw a sign advertising the free Navy Pier Trolley! It was pretty warm and we still had a ways to go so we followed the signs and waited for the trolley. After 20 minutes the trolley came and it was a cute, old fashioned trolley. We got on but soon wished we had just walked because apparently the stop we had chosen was the first one and we actually ended up backtracking all that we had already walked! Lesson learned, next time we would just ride the trolley on the way back.
Navy Pier
We finally got to the pier and by now we were just about ready for lunch. We headed to the food court - the options are fairly limited but we ended up grabbing Jamba Juice and pretzels which was perfect for an early lunch. If you aren't doing a boat ride or carnival rides, there actually is not a whole lot to do at the Pier but I had heard good things about the Children's Museum and we decided to check it out. At $15 each it's a little pricey but in my opinion well worth it! We stayed here for several hours- the exhibits were amazing and there was something for every age. We had a blast doing a family skyscraper challenge.
As a last-minute idea, I had booked some discount tickets to see Aladdin that night at 7. Josh had already gone back to Colorado and we still had one more night in the city so we thought it would be fun to go out with a bang. We had wanted to see it in NYC but the tickets were crazy $ so here it felt like a bargain. After the Children's Museum, we walked back to the hotel to have a little rest time before our big night. Not far from our hotel was a Rainforest Cafe which was the perfect choice for our pre-theater dinner. We dressed up and walked on over where we had a blast and actually a really good dinner! We grabbed an Uber over to the theater to save some time and found our seats. For some reason, I wasn't really expecting much from this show and I will just say that it blew me away! It was absolutely fantastic and I am so excited that it's coming to Denver in March. The genie was hilarious and the set design was just incredible. The kids were amazed. I am so glad we did it! After the show lots of people were still out and about so we ended up just walking back to the hotel since grabbing a car probably would have taken just as long.
Leaving Chicago
We packed up and headed to bed since we had a car coming to get us around 8 for our 11:30 flight. We had time for one last quick hotel breakfast and our driver arrived right on time. Here was the biggest treat of our trip- when booking the cars through A1 limousine I noticed that a stretch limo to the airport was only $10 more than a lincoln towncar! Since I wasn't sure how the morning traffic would be, I snagged this thinking that at least if it was a long ride, we would have plenty of room (I'll tell the story of the 4 of us squished together in the backseat of a towncar sitting in the Lincoln tunnel for an hour another time!) I didn't tell the kids ahead of time and it was so exciting to see that white stretch limo pull up in front of our hotel just for us! It turned out to be a traffic-free ride but still, what a treat!
Chicago is the perfect city to visit with kids! Let me know if you have any questions!